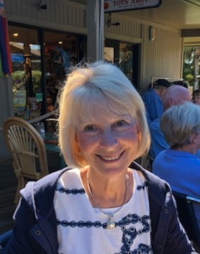 Donna Frost has had a lifelong love of horses. When she moved to SWFL in 2016 she became a volunteer for Special Equestrians Inc. Fort Myers. It was there that she met Princess Sofia and fell totally in love with her, understanding that Sofia had issues that would need to be addressed. With time, patience, love, and kindness Sofia has made so much progress since their first meeting and Donna knew that their story needed to be told.
View Upcoming Events
Follow 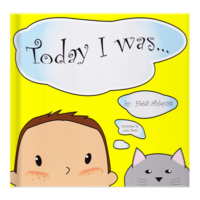 Heidi Ahlquist is a full time nurse and a mother of 4 children who lives in Cranston, RI. Heidi loves reading to her children and listening to who they want to be when they grow up. This is her first children’s book. 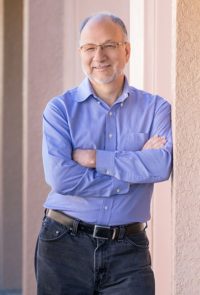 Richard Ballo has been a published writer since 1980. Today he is an award-winning author and popular national speaker on the topics of grief, bereavement and healing.

He wrote and had few things published, spent time in college Richard then worked in offices until age 26 when he decided to find his life’s calling. It was writing.

He earned his B.S. degree in Journalism and Technical Communications from Suffolk University in 1986, and married Lisa. In 1989 Richard decided to be the at home parent to take care of the growing family, while Lisa ran her business.

Richard authored articles for the local paper and started writing for national magazines and tended to the family, three years later Lisa died leaving Richard a widower and a business owner.

Richard continued to write but nothing hit until his memoir ‘Life without Lisa’ was published.

Richard traveled across the country and spoke to various groups about the book and his experience.

Richard became more involved with the community including volunteering at the board level at several non-profits including Avow Hospice, and Seacrest Country day School.

Richard earned his MBA from Hodges University in Naples, FL at age 60. He continues to write and will be writing for as long as he can.

After being a widower for 20 years the right woman walked into his life. Richard and Terri are very happily married and for their honeymoon they rode their 2004 BMW motorcycle in South Dakota and Wyoming for 11 days. They saw where the buffalo roam and the deer and antelope play. They went horseback riding and dug for dinosaur bones.

Richard and Terri live a busy, full life in Southwest Florida near their three adult step kids and grandchildren. 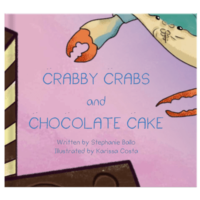 Stephanie Ballo, lives on Marco Island, Florida with her retired yacht captain husband. She enjoys boating, fishing, cooking and baking, and visiting with her nephews and great-nephews. She was inspired to write this book after a visit to the Chesapeake Bay and learning about the rich seafood industry and island culture. She enjoys traveling and seeing new cultures and art both in and outside of the USA. Karissa Costa is a Ringling College of Art and Design alumni. At Ringling, she earned her Baccalaureate of Fine Arts in Illustration. Although she was born and raised in sunny Florida, she now calls freezing Minnesota her home.