Life without Lisa is a “must read” for anyone who has lost someone dear to them.

This award-winning book is based on the journal that Richard Ballo wrote following the death of his wife, Lisa. The two had been married only eight years when Lisa, 38, lost her battle with cancer. Richard was left as a single parent with sons Nick, five and Victor, six. He had to adapt to his new role as a young widower, writer, father, and a suddenly single man in today’s culture. He turned to writing to help his grief. Little did he realize that the journal he wrote of his thoughts, feelings and experiences, would one day be published and win an award.

This book serves as a beacon of hope for others charting their way through grief’s black waters.

Life Without Lisa is a Gold Medal Winner of the President’s Book Awards from the Florida Authors & Publishers Association, Inc.

Life Without Lisa is a “must read” for anyone who has lost someone dear through death. Author Richard Ballo bares his soul in this brutally honest account of being cast adrift in an ocean of emptiness, anger, and guilt. Lisa was the love of his life, an inventor and successful entrepreneur, a beacon of light to all. During her battle with cancer, everyone was in denial about the seriousness of her disease. When Lisa died, Rich was 39 and their young sons were only five and six. He wrote in his journal that night:

Through Richard’s journaling, we are privy to his innermost thoughts and feelings. We sob when he sobs. We cheer him on when he begins to sense a glimmer of hope. But most of all, we see ourselves in his journey, for love and loss ultimately unite all of humanity.

What the Experts Say

“Immersed within the airless depths of grief, the temptation is to withdraw and sink ever deeper. Embracing each day in its aching fullness becomes an unimaginable struggle. For those seeking the strength and courage to reach up from the fathoms to the distant light above, Richard Ballo’s Life Without Lisa offers a lifeline of help and hope.”

“When Grieving the death of someone we love dearly, it may seem that nothing and no one can help us. Life Without Lisa offers help in at least two very important ways. Richard Ballo’s remarkable descriptions of his many painful — and frequently changing — reactions reassure the reader of how normal these feelings are, even when nothing, especially oneself, seems normal. At the same time, his account fo interactions with family and friends and his use of grief support services, including those of local hospice, offer hope and suggestions for growth and recovery.”

Author Richard Ballo was two months away from his 40th birthday when his wife of almost eight years died of cancer. Lisa was only 38 and fought the disease for 4 years before it won. Their boys were only 5 and 6 and a half. As a journalist Richard  turned to writing to help himself heal. In this book, Richard bares his soul about his grief journey, and how he came to see himself and his world through new eyes.

6 reviews for Life without Lisa

This site uses Akismet to reduce spam. Learn how your comment data is processed.

GET UPDATES IN YOUR EMAIL 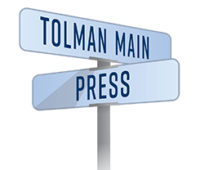